The Truth About Lying to Someone You Love

In the hierarchy of unforgivable relational sins, we, as a society, think of lying – and especially the lying associated with “cheating” – as perhaps the worst (non-abusive) relationship sin. Because lying is considered to be a universal evil, a person who lies in their relationship rarely gets much sympathy. Many potentially amazing relationships end because the person who lies is vilified and the offended party never takes a beat in order to get a handle on the why of the lie.

The truth is, people lie to the people they love all the time in small and not-so-small ways. Lying can be everything from saying you are “fine” when you are not to going behind their back and having sex with another person. As a sex and relationship coaches, we know that people rarely lie because they are evil, selfish monsters with no regard for others. Much more often, people lie because they are terrified of what might happen if they tell the truth. They fear they may be ridiculed, humiliated or left by the people they love the most.

Allow us to illustrate an example from our practice. Joe has wrestled with depression his whole life. While his depression did not go away when he met his wife, Catherine, he put it to us like this: “When I’m with her, it’s like she lights some part of me up that can rise above it all. I used to have trouble getting out of bed most days and I thought a lot about suicide and even made one attempt. These last 5 years being with Catherine, I’ve only had two depressive episodes.” Catherine and Joe came to us after Joe found out Catherine had lied about a work trip and went skiing with a group of friends instead. Joe was certain that Catherine had cheated on him on the trip and was feeling suicidal. He felt he could never trust her again.

In an individual session with Catherine she broke down crying, “I want you to understand, since I met Joe, for the most part I’ve been so happy and fulfilled. I’ve never felt alone, and I think he is really sexy, but I did lie to him and I feel horrible. There is no excuse for what I did, but I want to explain. I went on the trip and, while I was there, I kissed a friend of mine. I’m not even sure exactly why I kissed him but I think I was just feeling so suffocated, and on the trip I felt so free. I got pretty drunk and I was feeling this wild, playful part of me that I’ve kind of lost. I love Joe more than anything in the world, and I am so happy that I married him, but his depression has been really hard. I feel so selfish when I say it, but the two times it’s gotten really bad during our relationship, it was because of something I did. Joe can get really jealous and insecure and he takes my occasional flirting as certain evidence that I will cheat on him someday. In general, he is very anxious when I hang out with my friends. The first big depression was after he saw a playful chat I was having with a guy at work that had some sexual innuendo in it. I can understand that Joe felt jealous though I wasn’t doing anything with the guy and didn’t want to. After he saw the chat, he was in bed for a month, he almost lost his job. The stakes feel so high, like if I do something wrong he might be hospitalized or even kill himself. I don’t want to loose him but I do want to be myself. I know I should have tried to talk to him about this earlier, I was just too scared.”

Let us be clear, as Catherine said, none of this is about making excuses for lying. However, there is often a good reason. Infidelity is a very complex topic and is rarely black and white. Many people cheat even when they love their partner deeply and often cheating or other kinds of lies happen when a person feels like they have lost some part of themselves and are trying to regain it. Sometimes their partner rarely or never wants to have sex with them – something we don’t think of as universally evil or selfish but which can have grave consequences on a relationship. Sometimes the kind of sex they are having isn’t at all satisfying but the partner doesn’t want to try anything different. Sometimes the relationship has become isolating. And, sometimes there are so many good things in the relationships (often including shared children), that the stakes feel too high to tell the truth and face the potential loss.

All that said, we want to emphasize that lying to someone you love can have very grave consequences. It impacts trust and can shake the foundation of a relationship. Many relationships don’t survive a lie, especially one that involves sex outside the relationship. The way we see it, one of the worst parts of lying is that it takes the choice away from the deceived person, which often leaves them feeling humiliated. They are going along under one assumption about what is happening in the relationship and then suddenly they realize they’ve been wrong. In addition to simply feeling hurt, they often feel naive or downright stupid. Coming back from that humiliation can take quite a bit of work and a very supportive, understanding partner. Ultimately, the real healing comes when there is mutual understanding and empathy about why the lie happened.
Many people don’t want to lose a relationship that they have so much invested in, so they try and keep their secrets close. While it seems devastating when it is revealed, lying can offer an opportunity for couples to go deeper and understand where each of them stands, and what each of them really needs in the relationship.

The Truth About Lying to Someone You Love was last modified: September 16th, 2019 by Danielle Harel 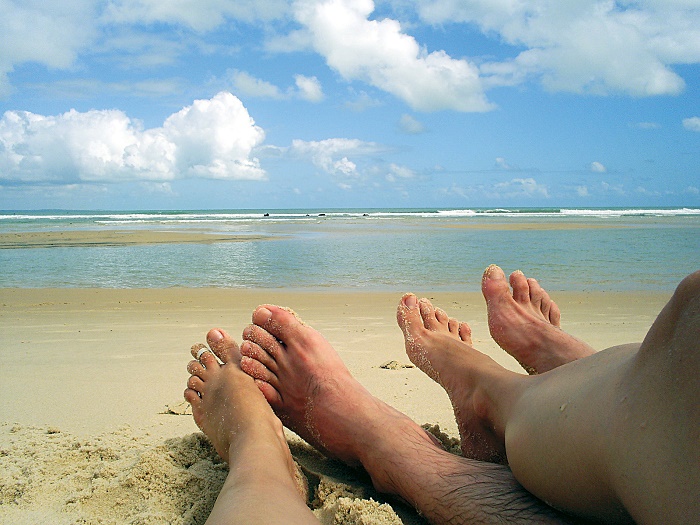 In case you are not familiar with the acronym AFGO, it stands for Another F****** Growth Opportunity and New Year’s… 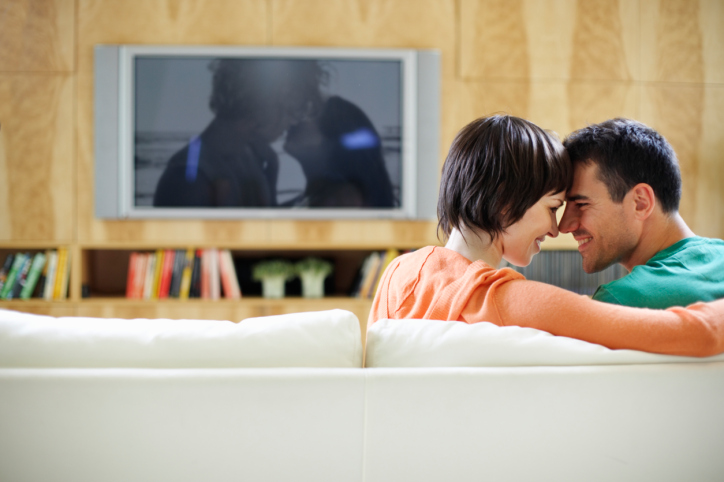 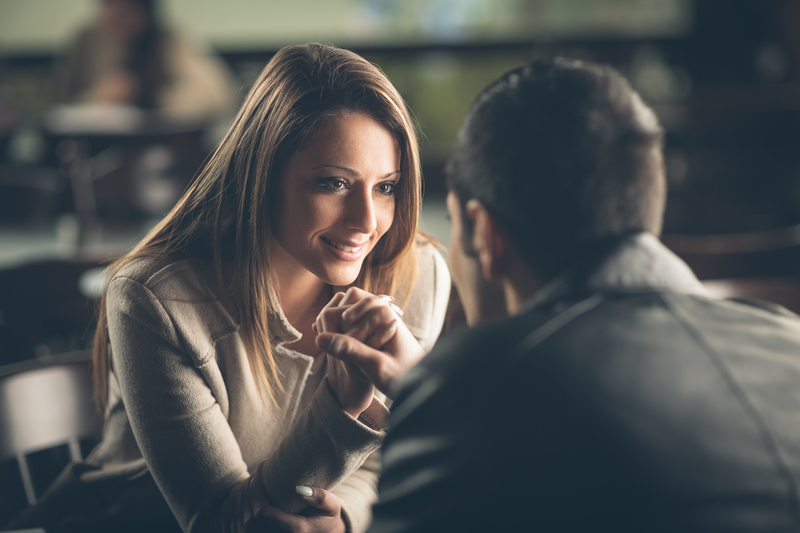 The 3 Secrets of Being a Successful Flirt

5 Essential Ways To Celebrate Self Pleasuring

In case you didn’t know, there is something we should all be celebrating as soon as possible and that is… 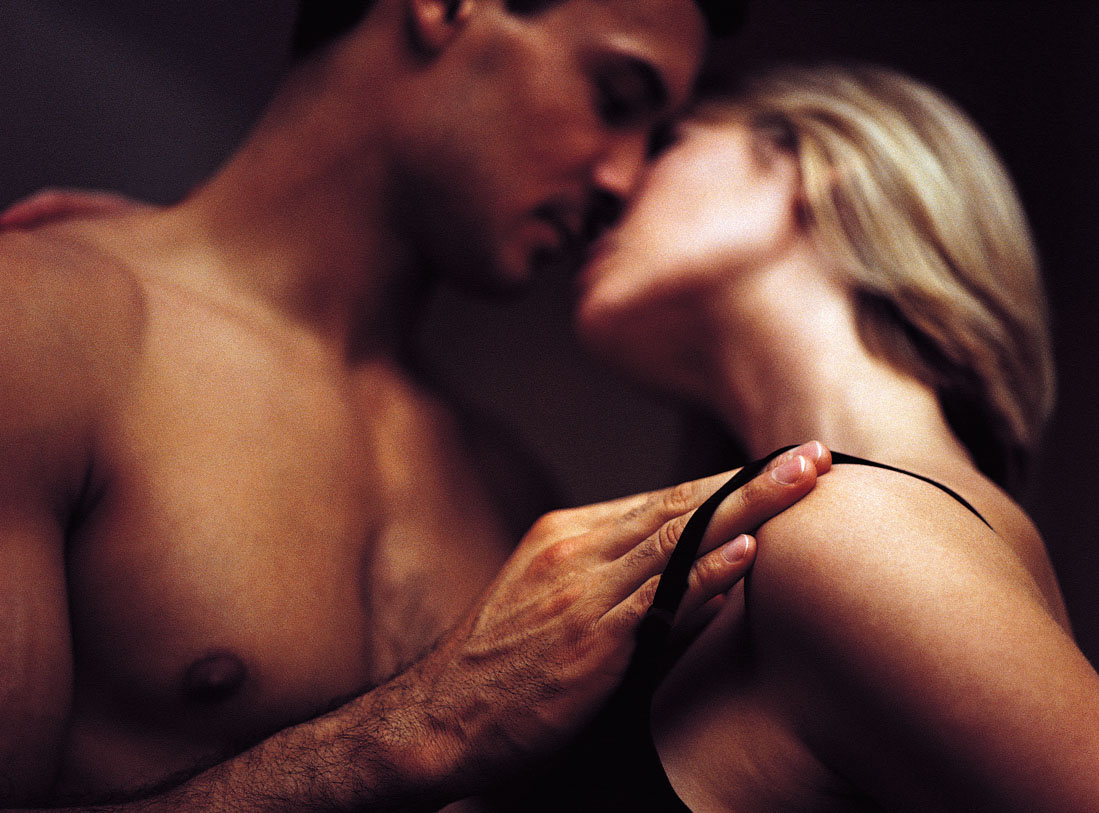 Move Beyond Damaging Myths – Sex is Supposed to Happen Spontaneously

Here’s an excerpt from our upcoming book, Making Love Real: The Intelligent Couple’s Guide to Lasting intimacy and Passion.  Move Beyond… 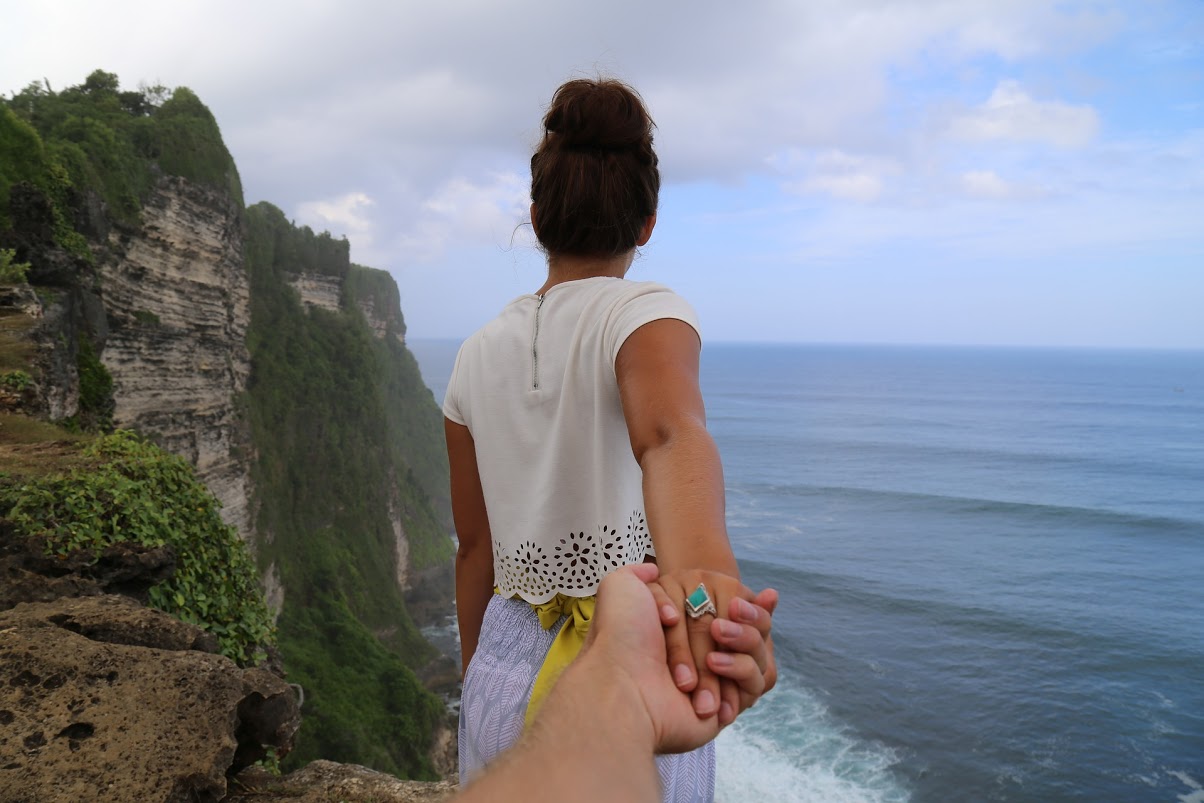 As a culture, we tend to look at ultimatums as a cut and dry relationship foul, and often report damningly… 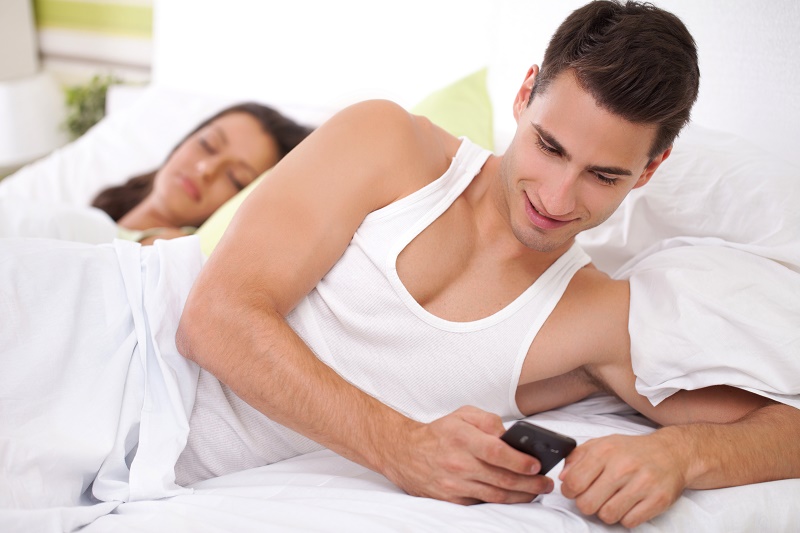 How to Stop Cheating – or Avoid an Affair

Many people cheat because they are trying to trying to get their emotional or sexual needs met – sometimes while trying to keep the relationship they have. If discovered however, cheating can be disastrous to the trust in a relationship. We want to help you get what you need in your relationship without risking damage to the trust you have with your partner. To avoid or stop cheating, try following these four steps… 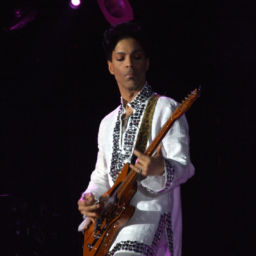 We are beyond devastated by Prince’s passing. Not only were we major fans, but as Sex and Relationship coaches we appreciate… 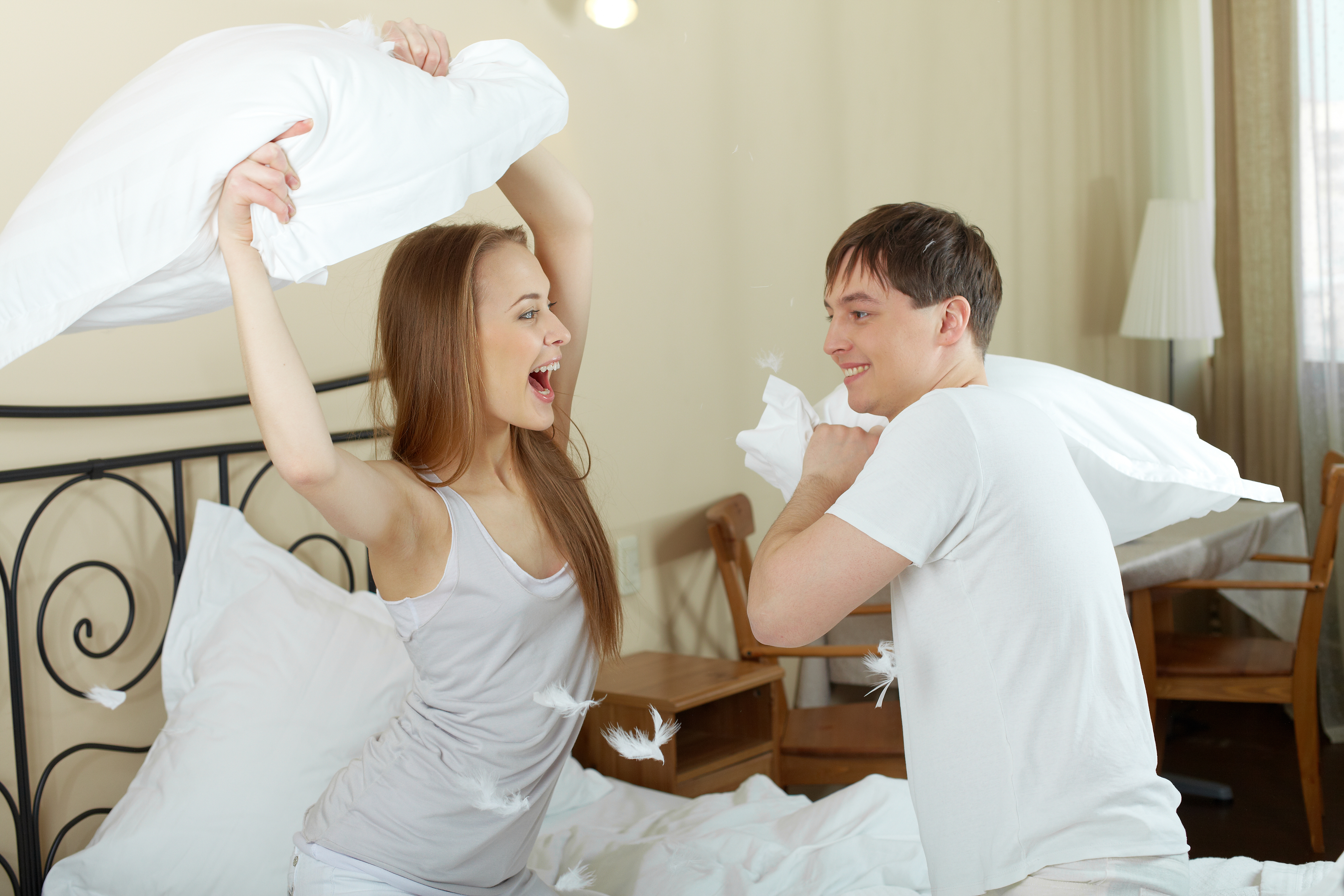 You Gotta Have Some Low G Rendezvous

“We are seriously out of practice,” Callie said after plopping down next to her boyfriend Holden. It was a bit… 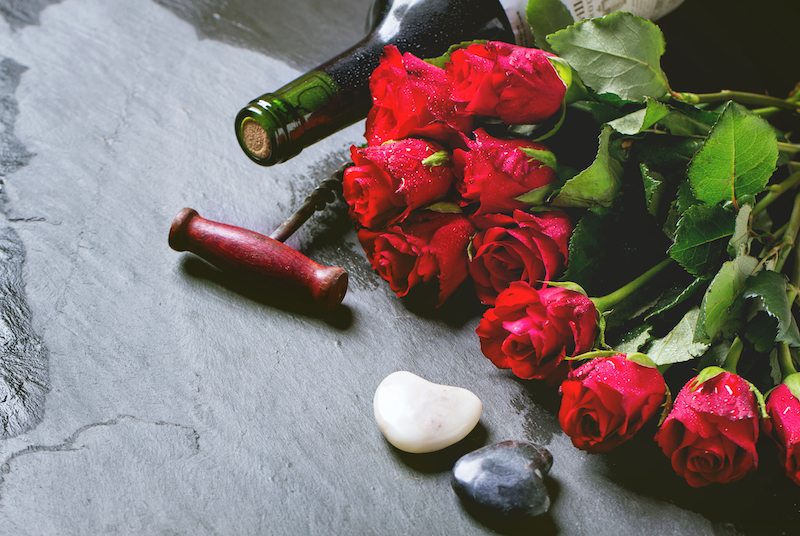 Over the years as Sex Therapists and Relationship Coaches, so many of the couples we’ve seen have shared their experiences… 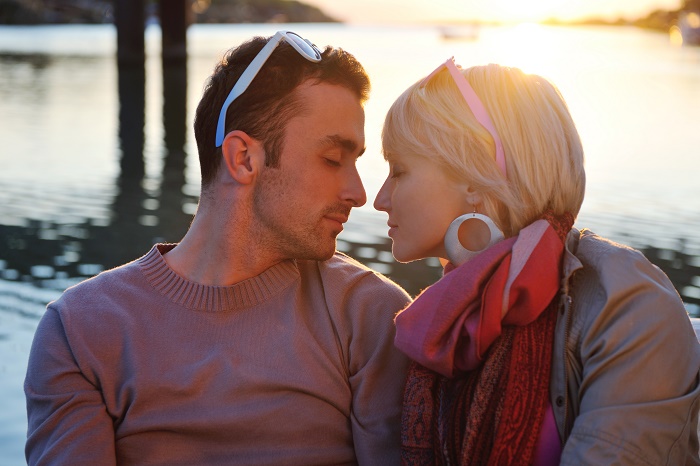 Attraction: The Reasons You Choose Your Partner May Surprise You

While it is true that part of attraction is physical, much of it has a lot more to do with…